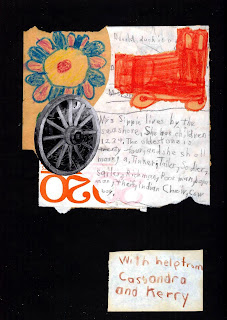 Back in the 60s and 70s, I made a lot of collages. Most have long since disappeared, but a few were stashed in a box and forgotten until found a few years ago. I posted a few on February 19 of this year. Here are some more. "Mrs Sippi", a collage using a drawing by Cassandra and Kerry as background. 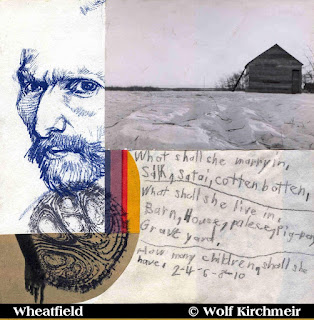 Another collage using some writing by Cassandra. The odd shape below Van Gogh's face was made using an onion as a stamp. The photo shows a granary near my in-law's farm in the 1960s. It's long gone, as is the farmstead, which was torn down and plowed over when a neighbour bought the land. 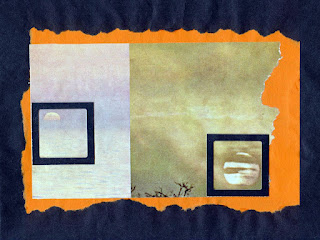 An experiment is trying to control the viewer's response, using slide frames to enclose the two views of the sun. Let me know if and how it works. 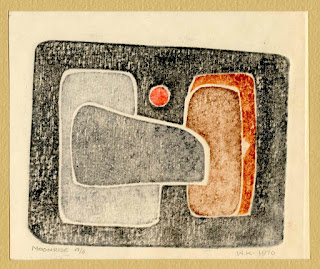 This is a collotype I made many years ago. I brushed watercolours onto the segments of the plate, and printed onto dampened paper, otherwise the colour would not have transferred very well. I called it Moonrise. 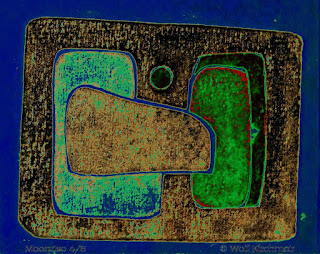 This is the scan of Moonrise solarised. 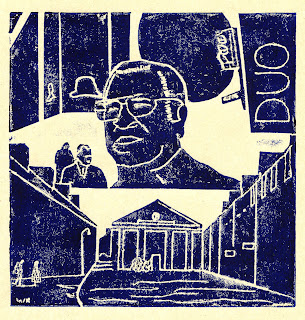 Two lino-cuts. The first is adapted from two newspaper pictures. I used carbon paper to outline the main elements of the photos onto the lino-block before cutting it. 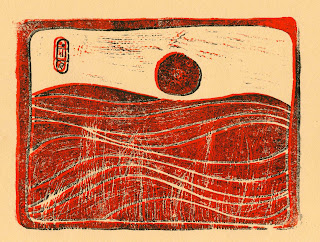 I printed this one in red first, then overprinted in black. The registrations is off, but I think that adds to its effect. Whatever that effect is. A collage from 1980. This one began with the zebra. 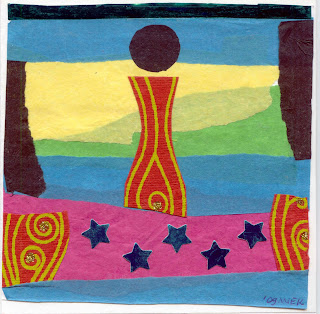 Made this one in Brownsville, Texas, when we visited in 2009. After it was done, I saw a woman's figure and the sea, so I called it "Venus arising from the Sea". 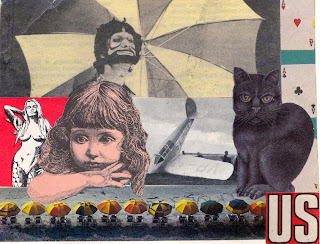 Another early collage. This one started with the girl and the clown. The cat  was added last. Like most of my early collages, it's too busy, but I like it anyhow. 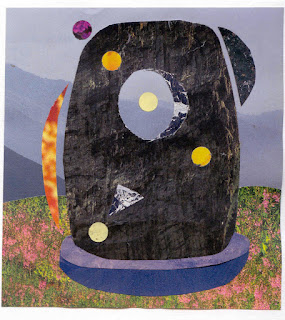 I like Barbara Hepworth's sculptures, lovely shapes, some with holes in them. This collage is an attempt to express some of their mystery. 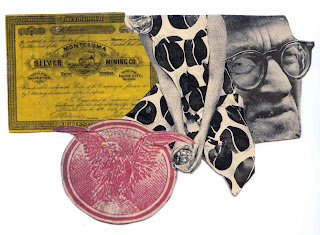 I wanted to use the image of a silver mine stock certificate from the 1800s. It took a while to find some others that seemed to fit. I decided to shape the collage around the images instead of imposing an arbitrary frame around it. 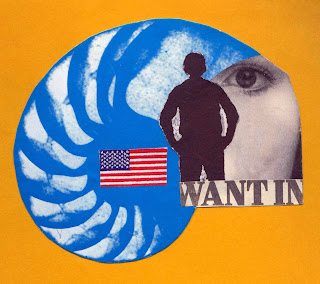 In the 1960s I tried some political statements. This is one of them. 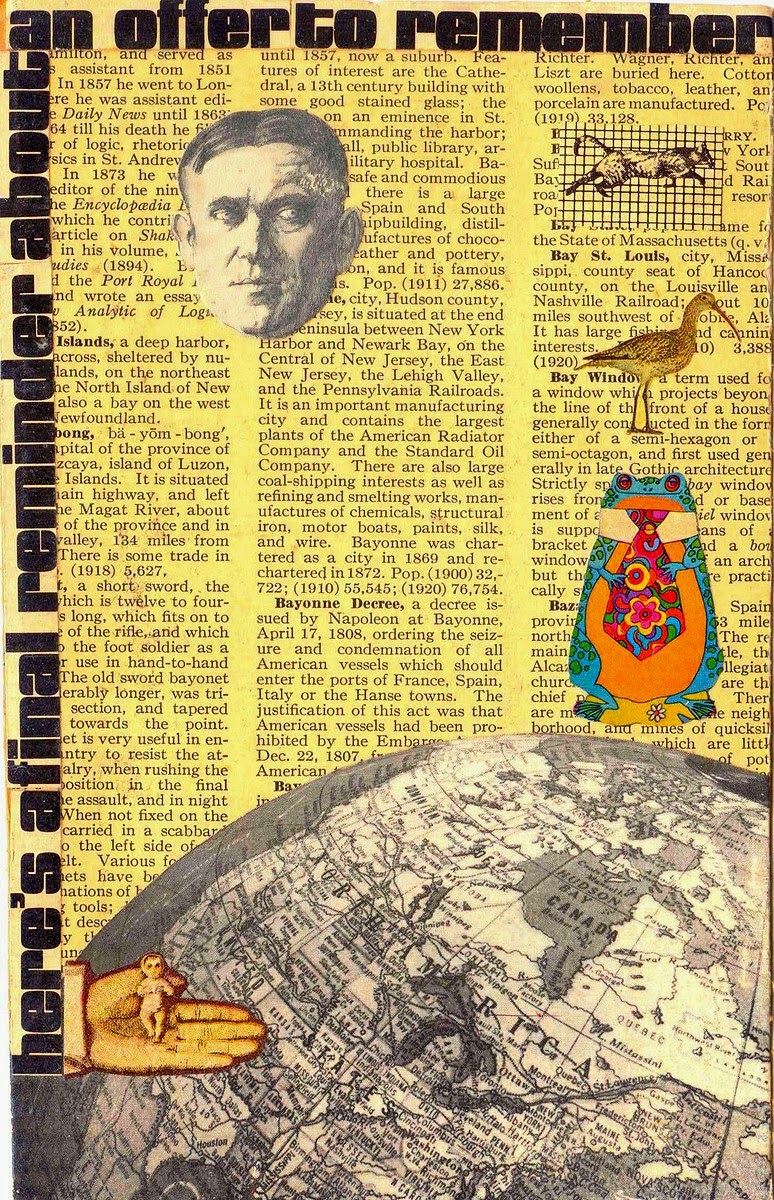 I can't recall what I had in mind when I made these collages. Mostly, I was looking for some combination of images and words that felt right, as I still do. I also wanted and interesting arrangement, an asymmetric balance. Looking at some of the collages now, I see meanings that I don't think I was aware of back then. 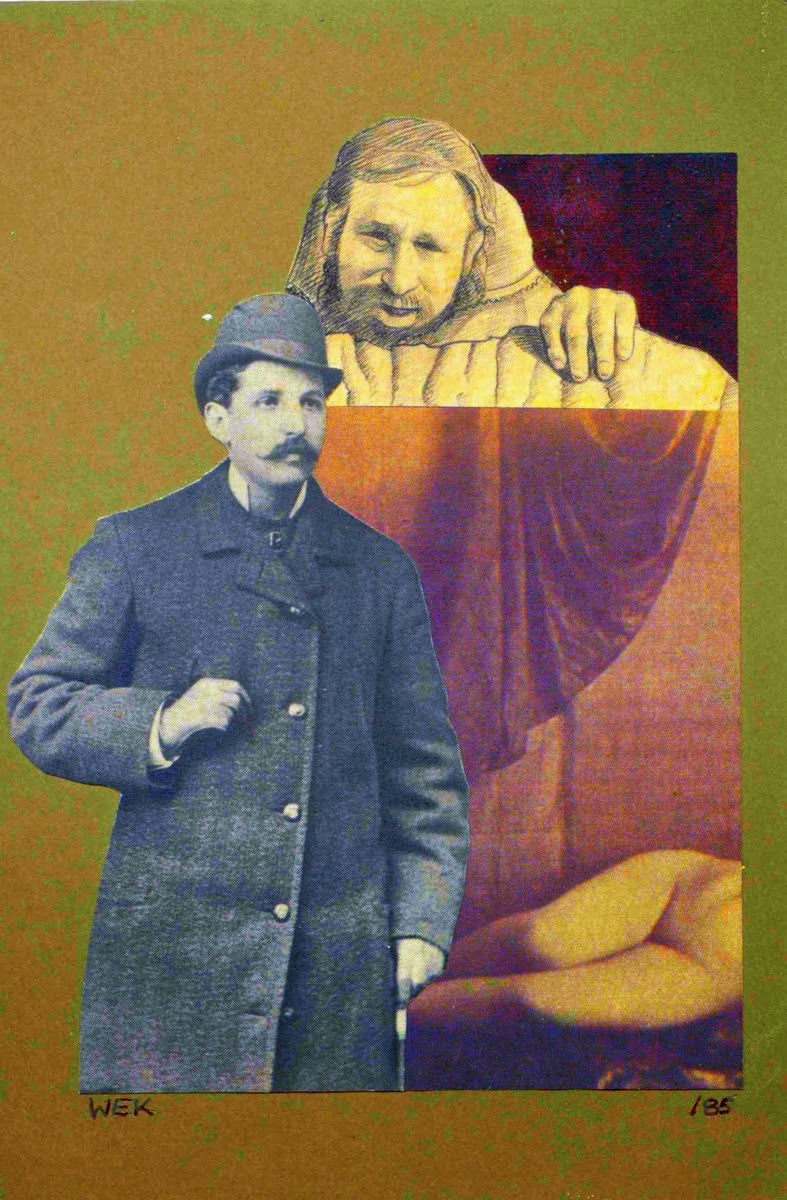 What does this mean? You tell me. No doubt a Freudian would have fun with this one. 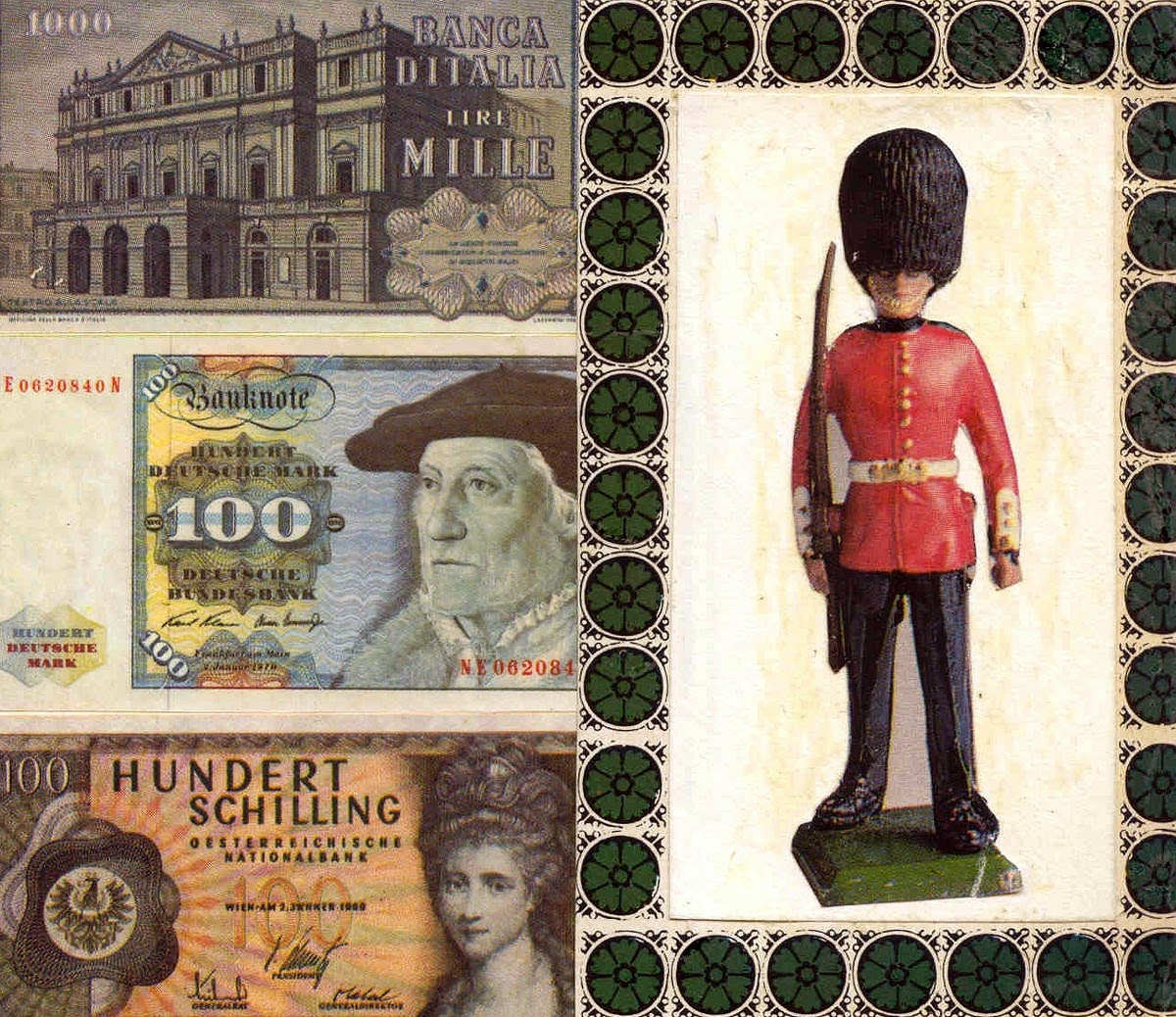 Sometime cutting a collage in half seems to work better, this is the top half. 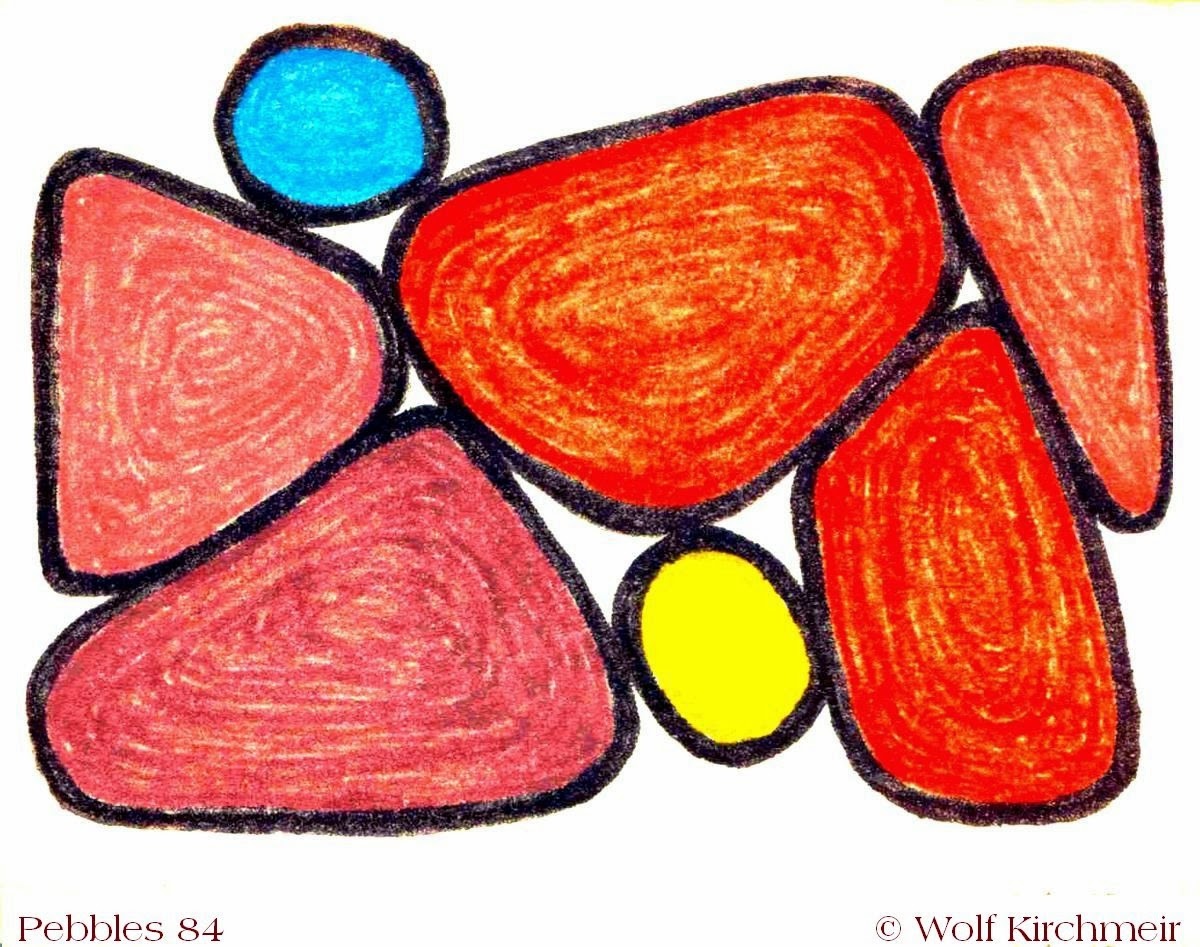 Doodles are fun. I call this one Pebbles. 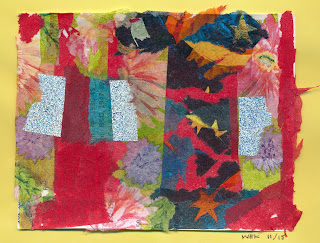